Within eight months of its launch, Tencent Games has Just released  PUBG Mobile Season 4 With an update of version 0.9.5 and PlayerUnknowns’ Battlegrounds Better known as PUBG Mobile game on Android and iOS platform with a automated update. The update adds a bunch of new features like  new game mode, vehicle, weapon, rare outfits, hairstyles and lots more. This  update is about 138 MB in download size.

What’s new on This update:

A new Hardcore Competitive Mode is added with PUBG Mobile Season 4 on Arcade section. This new mode will remove all footstep sounds as well as audio cues During fights. Where as if you are wearing an in-game pair of shoes, your footsteps are only audible but not visible to other nearby players in mini map. However, the Hardcore Mode will only be available for week named “Hardcore Week”.

The New update of the PUBG Mobile Season 4 will include New vehicles in shanok map like scooter and all new skins like Joker and Harley Quinn are added, new Guns like assault rifle M762, backpacks, parachutes menus also added.

A new vehicle scooter is added on sanhok map only and a dynamic weather is introduced where players will experience Foggy and rainy weather simultaneously during playing the game .

There will be a new lighter chat system which will reportedly be lighter than the current one and will be able to store more message and using less amount of RAM from the device. There will also be an enhanced matchmaking mechanism.

PUBG Mobile Season 4 Royal Pass Is Out Now with a new season which will offer access to players for weekly challenges with up to 100 RP level. When a player crosses level 100, That player will also get access to special rewards along with some unlocked items. This Time Royal Pass Mission Point Increased To 100 RP Points Per Mission & Free Mission Has 50 RP Points. 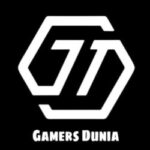